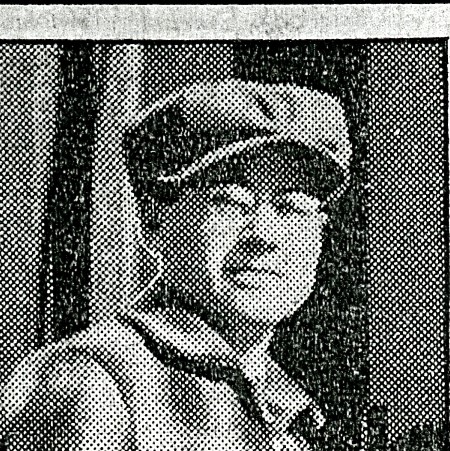 KEITH SHERMAN, seventeen-year-old son of Mr. and Mrs. Elmer Sherman living one and a half miles northeast of Edgewood, has been in the horseradish business for the last five years and has increased his sales nine times in volume since the first year’s business.

His teacher in the rural school, James C. Steele, was his first customer five years ago and was also the one who encouraged him to try to sell horseradish, ready for the table, to people in town. He realized only too well how housewives would rejoice to be rid of the unpleasant task of preparing enough horseradish for the spring needs of their families.

The first year he sold twenty-five half pint jars and increased the number to fifty-six in the second year. Because of illness which confined him to his bed much of the spring season in his third year he sold only fifty jars.  The fourth year he began putting his product in the local stores and markets for the first time and as a result he sold 160 jars. That year he began purchasing his jars by the gross and had his own label printed.

Realizing that late springs reduced the amount of horseradish he could procure, Keith hit up the scheme of digging a quantity of the roots last November just before the ground froze up. He put it in cold storage after a plan of is own making and this winter has sold 216 jars locally and in Manchester.

He follows the example of the makers of nationally known products and dates his labels. He takes up the jars after a certain period and refills with freshly ground horseradish.

When he first started grinding the pungent smelling roots the tears streamed from his eyes blinding him but he is now accustomed to it and has no more difficulties.

There used to be plenty of the roots in the fields near his home but in the five years he has practically rid one ten-acre field of the pest. Now he has to go from two to five miles to get material.

While he waits for spring and the frost to go out, he is trying to fix the family grinder so it can I be operated with a motor thus lightening his labor. A senior in high school, the work of preparing lessons and keeping up with his orders has necessitated some… (some words unreadable)