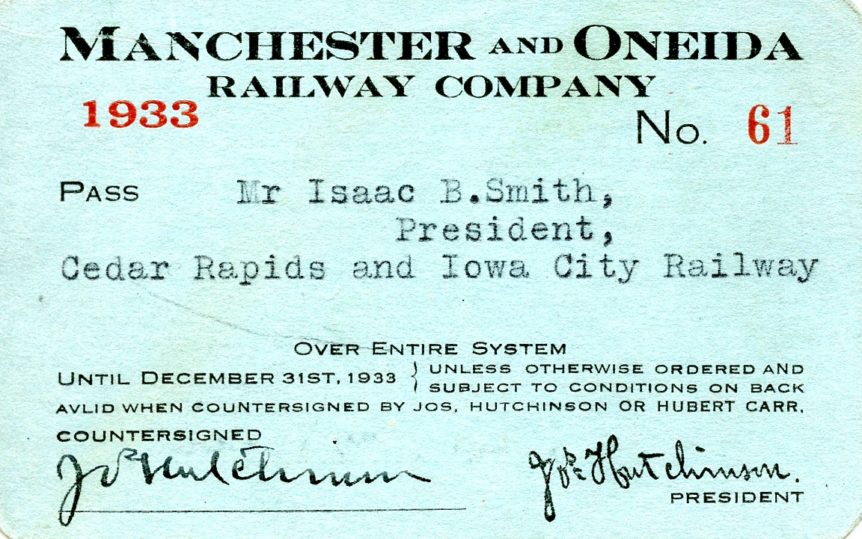 The M&O Railroad ran eight miles between Manchester and Oneida from 1901 to 1951, and billed itself as the shortest rail line in the country. There is a story of the history of the line in the June 21, 1981 Cedar Rapids Gazette.

Oneida was a significant railroad junction of the era with two lines crossing there, the main line of the Chicago Great Western and a branch line of the Milwaukee Road. Oneida was a booming town because of the railroads, and suffered a familiar demise even before the major railroads ceased operations in the 70s. While not a ghost town, Oneida now has all but disappeared, leaving only a small handful of residences.