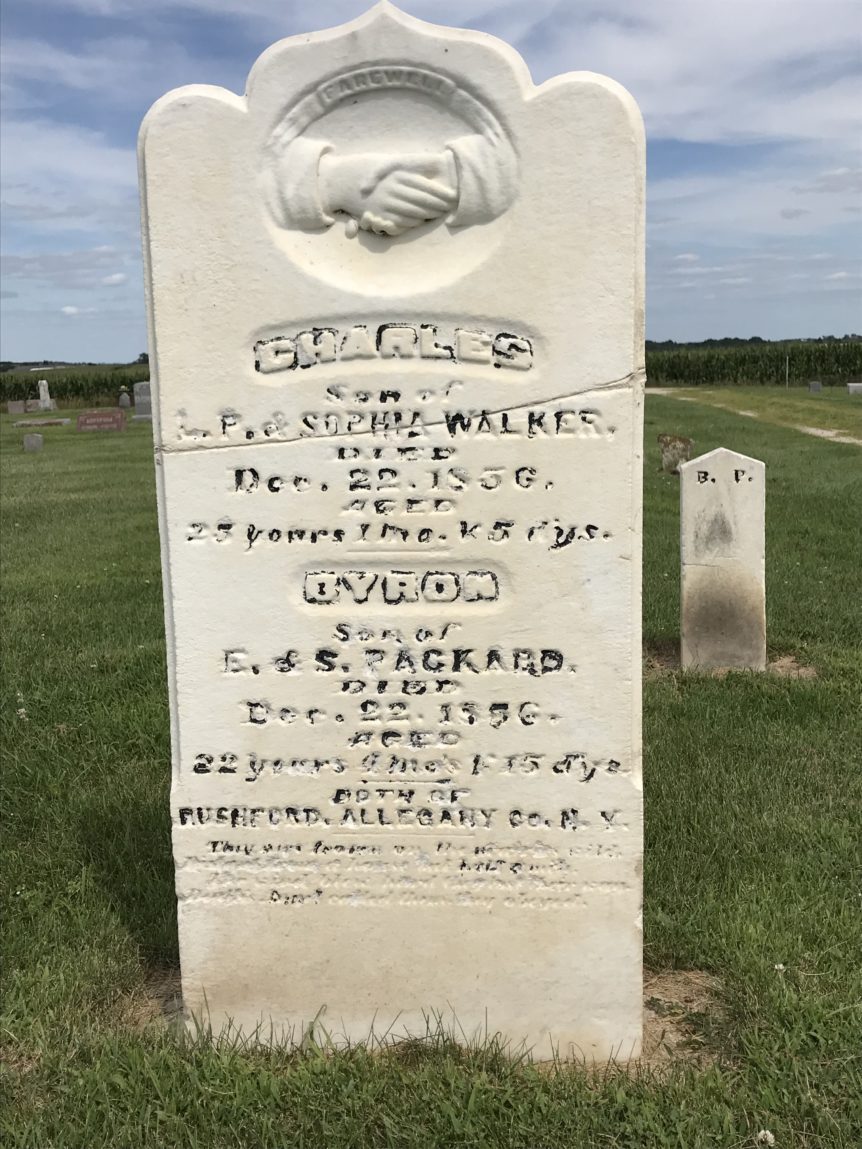 In December 1856, two young men, Charles Walker and Byron Packard, both from Allegany County, New York, were visiting relatives and friends in this vicinity when they lost their way on the prairie during a blizzard and froze to death. Unknowingly, they were within a short distance of a house. They were buried in the cemetery and a stone was erected to their memory. At the top of the stone are carved two hands clasped in eternal friendship under the legend, “Farewell”.

The poem at the base of the monument is almost obliterated but reads:

Nearly fifty years later some Edgewood friends were entertaining a cousin, Jane Finlay, whose home was also in the East. While showing her the family lot in the Edgewood Cemetery, someone remembered the two boys who had died almost a half century before. They took Miss Finlay to the grave, mentioning that the boys were from her hometown. Miss Finlay, in her seventies at that time, was almost overcome and explained that she had been engaged to marry Byron Packard when he came to Iowa in 1856. She had never known of his fate. No word had ever reached the Eastern village about the death of the boys in the pioneer state of Iowa.

Taken from the Edgewood Bicentennial Book 1976.