Fountain Springs Mill was located near Greeley Iowa, and was constructed in the early 1850’s by Job Odell. He walked from Indiana to Iowa in 1849 to find a good place to start a mill. After deciding to settle down in Iowa, Job ordered special, hard millstones that were imported all the way from France and shipped up by barge on the Mississippi, and the mill was finished in 1855. 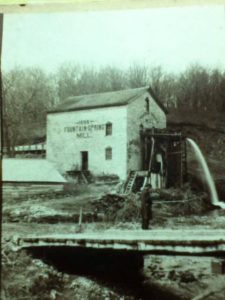 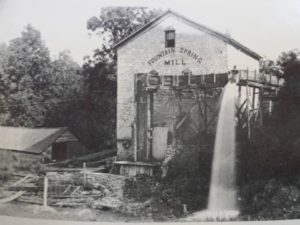 The Mill was in use from its start in 1855 until the end of the Civil War. The Mill was then run sporadically until 1925.  The mill ran 24 hours every day and was primarily used to make flour and cornmeal. During the Civil War, all the grist produced by the mill was free for the wives whose husbands were off serving in the military.