The Minie Ball bullet was produced by the French in 1849, designed with a hollow base to make it expand after being fired. it was accurate over long distances, as well as deadly, an uncommon thing at that time 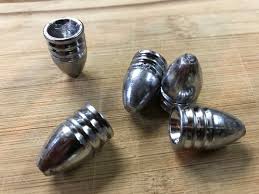 This bullet had a huge impact on the increase of casualties in the Civil War in America as it was used by a majority of the soldiers who were fighting in war. This bullet changed the game of war, making long distance assaults much more successful and made it so that people could be shot down before they could get close enough to see the shooter. The Minie ball bullet, along with the rifled-musket, was thought to have contributed to a majority of the casualties in the Civil War.

For a video on the Minie ball and its impact on the American Civil War, use this link.  Caution!  The images and content of the video will be unsettling for some viewers, and is not suitable for younger viewers.